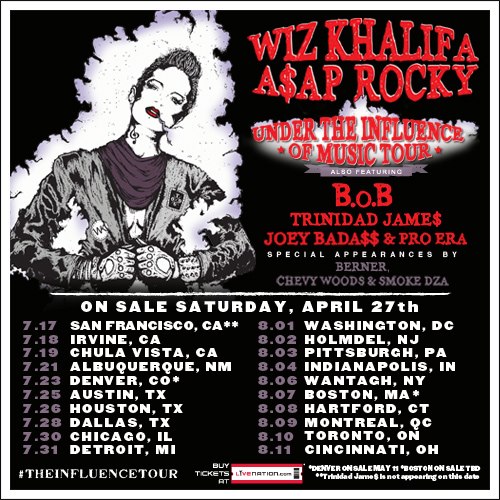 However, this time around Khalifa will be headlining the tour alongside Harlem's A$AP Rocky. He also invited Joey Bada$$, B.o.B. and Trinidad Jame$ to join the line up.