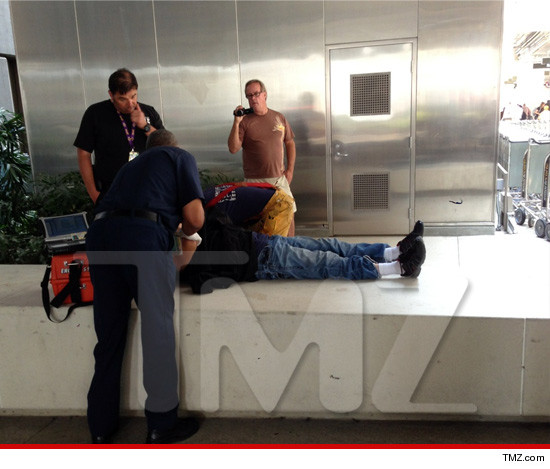 Needless to say the paparazzi did not leave him alone, which led to Kanye attacking one of them, wrestling the paparazzo to the ground. While an ambulance was called to the scene, the extent of the photog's injuries are still unclear.

UPDATE: Below is a new video featuring the entire altercation.

TMZ is now reporting that Kanye West has been named a felony suspect in the LAX attack. Law enforcement sources tell TMZ that "police suspect Kanye committed an attempted robbery when he assaulted a photog at the airport and tried to jack his camera."