In just a few hours, Chance The Rapper was scheduled to perform in California at the second week of the Coachella music festival. However prior to his performance, Chance was checked into a hospital for reasons unknown. His management took to his Twitter account to break the news.

On behalf of @chancetherapper and our entire team- We sincerely regret to have to cancel our 2nd weekend at coachella. -CTR MGMT

Thank you for the prayers and support during this time, Chance, his team and family deeply appreciate it.

As more details arise, this post will be updated. UPDATE: Chance The Rapper's manager has just issued the below statement. 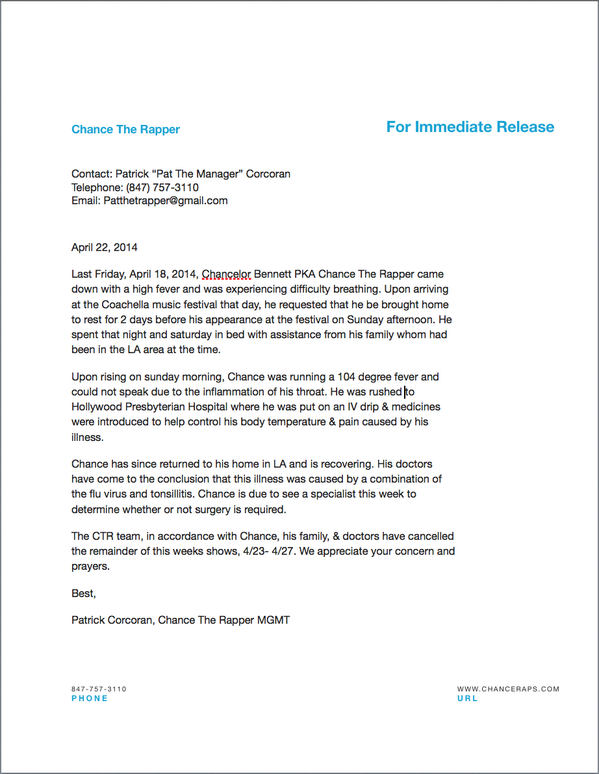