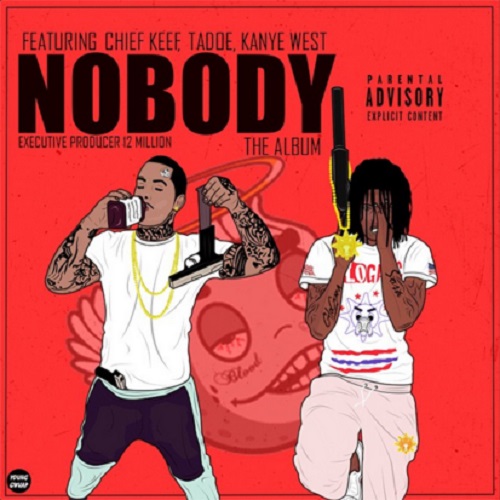 Over the past year rumors of a new Chief Keef and Kanye West collaboration have been circulating around the internet. Today, Keef revealed the track list and artwork to his forthoming new project, 'Nobody: The Album,' finally revealing that the long awaited collab will be released very soon. ​

Keef's Nobody: The Album will be released on December 2nd.