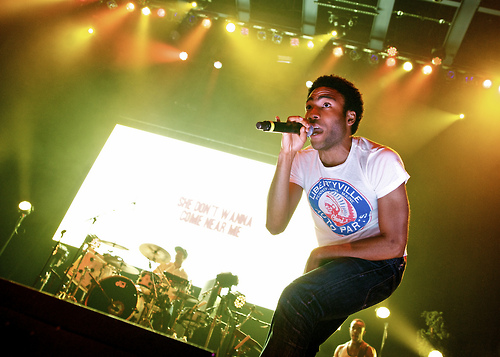 This year, Childish Gambino will be the headlining performer at the mtvU Woodie Awards. Chicago rapper Vic Mensa will be performing at the award show, as well. The mtvU Woodie Awards will take place on March 13th in conjuction with SXSW, but wont air on MTV until Sunday, March 16th at 8 p.m. est.

The full list of nominees can be seen below. Chance The Rapper, Tyler, The Creator, A$AP Rocky, Drake, Iggy Azalea and Kanye West have all been nominated for their respective work.

Woodie of the Year:

Chance the Rapper, "Everybody's Something"

Did It My Way Woodie:

Beyoncé — Released her new, self-titled album without any prior promotion.

Bob Dylan — Created a 16 channel interactive music video for "Like a Rolling Stone."

A$AP Rocky and Skrillex — "Wild For the Night"

Avicii and Aloe Blacc — "Wake Me Up"

Daft Punk and Pharrell — "Get Lucky"

James Blake and Chance he Rapper — "Life Round Here"

Click here to vote for this years mtvU Woodie Awards.