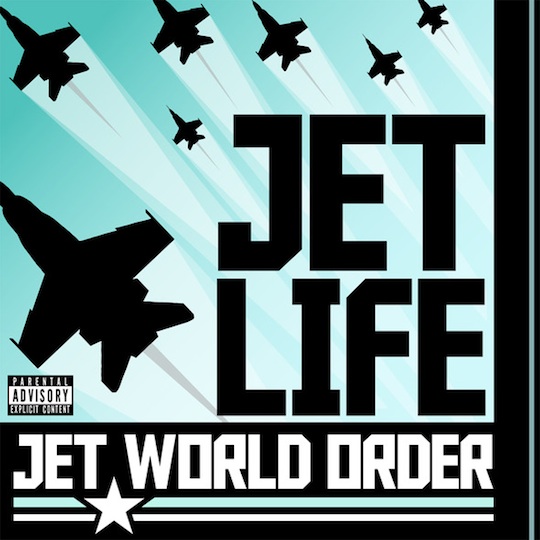 Earlier this month we revealed news that Curren$y's jet setter's Trademark Da Skydiver & Young Roddy were releasing a joint album. The artwork for 'Jet World Order' was just revealed and it seems like it will be more of a Jet Life collaboration project than a duel album. Hopefully Sir Michael Rocks will be making an appearance.