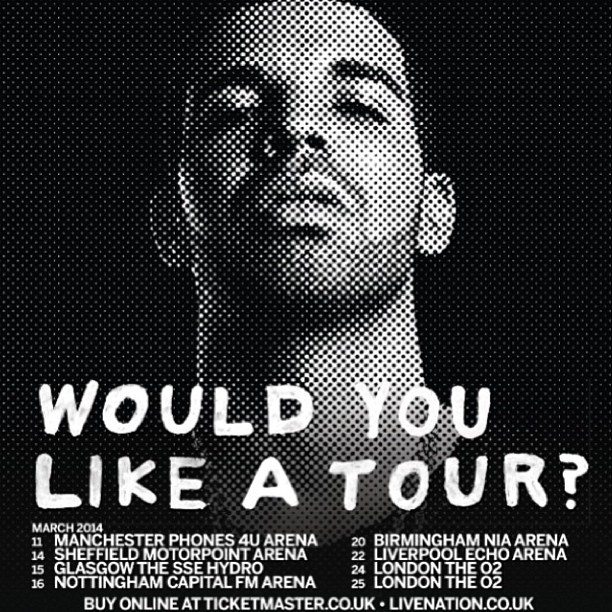 This afternoon, Drake took to his Instagram to announce that he will be headed overseas with The Weeknd in 2014. The European version of the 'Would You Like A Tour?' will feature eight performances over two weeks.