Earl Sweatshirt just announced the release date and revealed the track list for his debut album, 'Doris.' Earl tweeted this picture of the track list, which features 15 tracks. 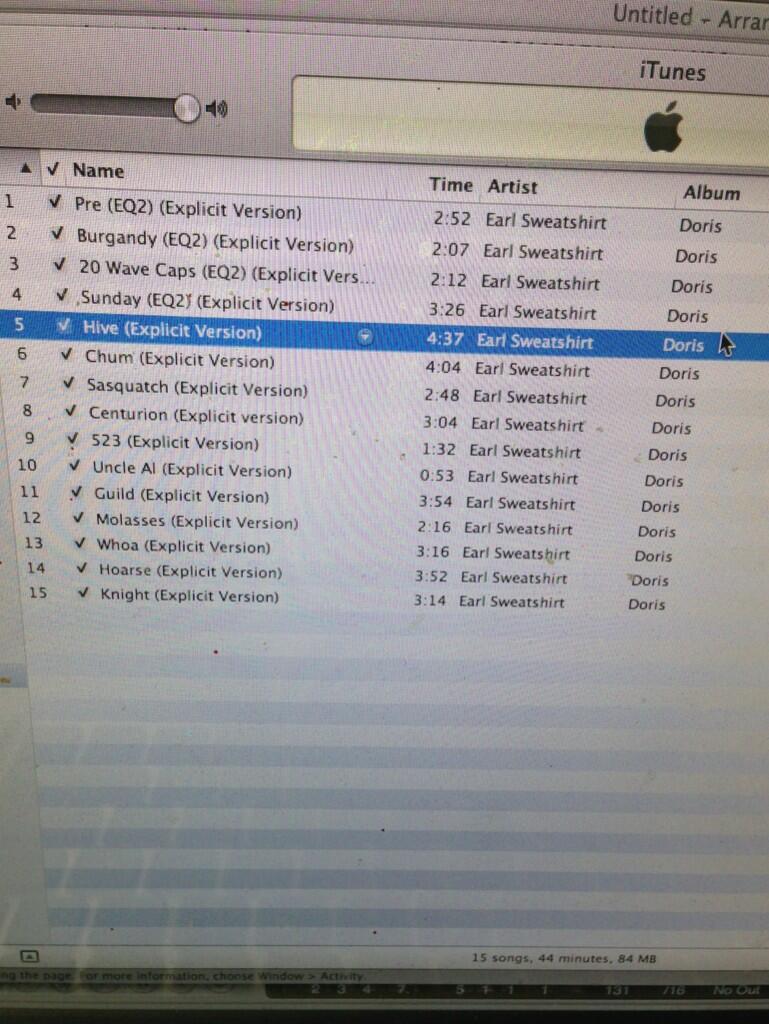 In the same tweet he revealed the album will be out on August 20th.