A few weeks ago, when TDE released the artwork and tracklist to Jay Rock's '90059' project, they left the release date to the album in the hands of the fans. As pre-order numbers began to increase, the release date – which started on some random date in 2016 – began to drop. Last night Jay Rock tweeted "9-11" and posted the newest release date on iTunes. 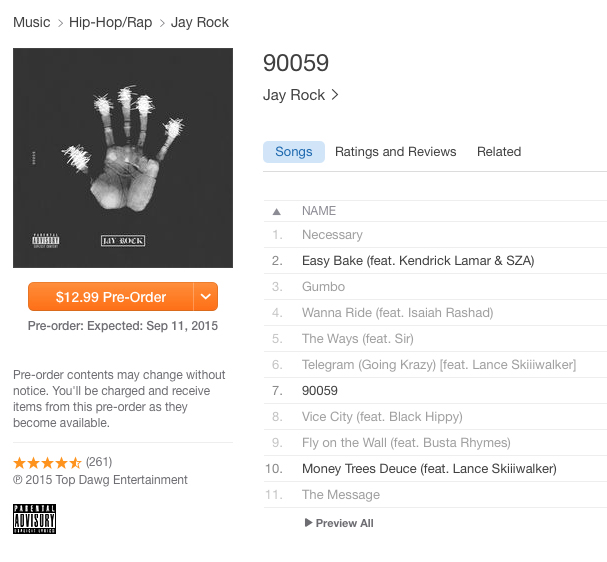