Joey Bada$$, along with The Flatbush Zombies and The Underachievers, will soon be embarking on a nationwide, 'Beast Coastal' Tour. While The Underachievers just released their debut mixtape, 'Indigoism,' Joey and The Flatbush Zombies are preparing to release their sophomore projects. Therefore, it is no surprise Joey Bada$$, Meech, Juice and Erick were spotted in the studio. 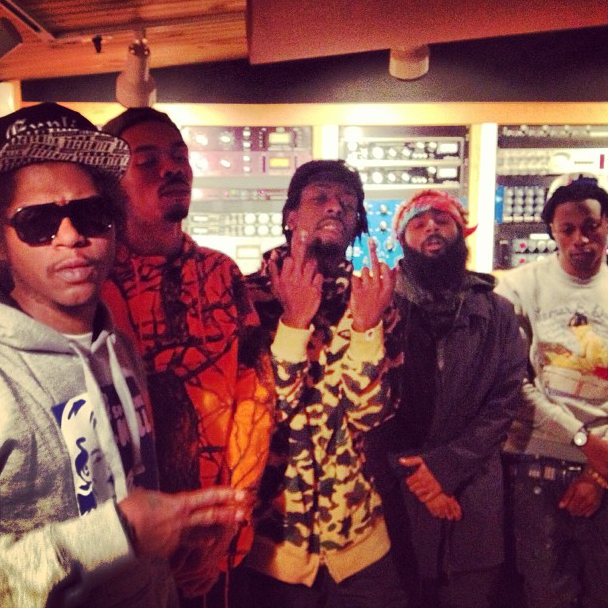