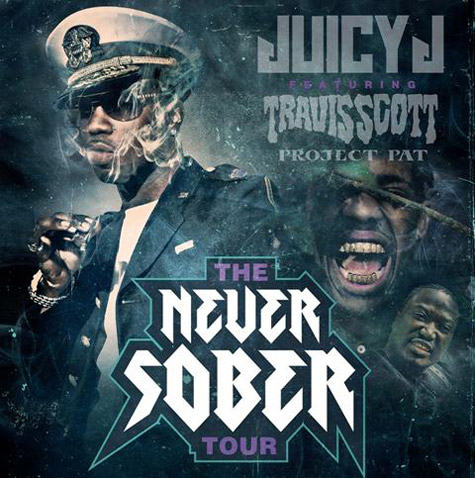 Juicy J recently revealed he would be hitting the road for the Never Sober tour, featuring Travi$ Scott as the opening act. Today, Juicy revealed the dates of his upcoming Spring tour. The tour kicks off in Jacksonville, Florida on February 20th.