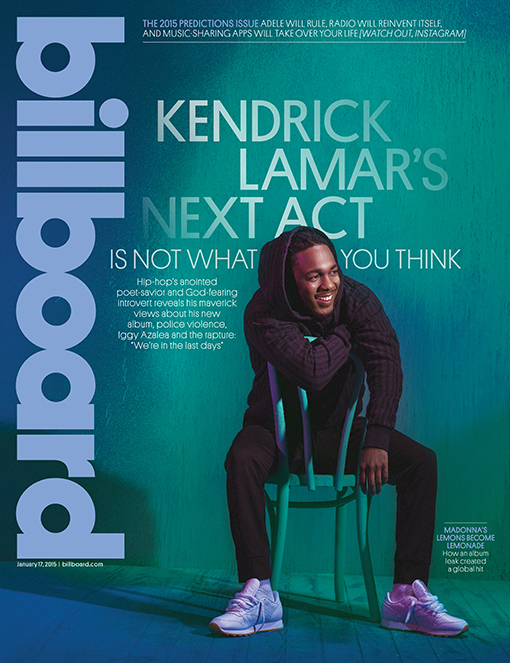 After gracing the cover of XXL's Winter issue, Kendrick Lamar is back. This time Kendrick's face is plastered on the cover of Billboard. In K.Dot's cover story, which he did not write himself like his XXL feature, he comes to the defense of Iggy Azalea, discusses police violence and more.