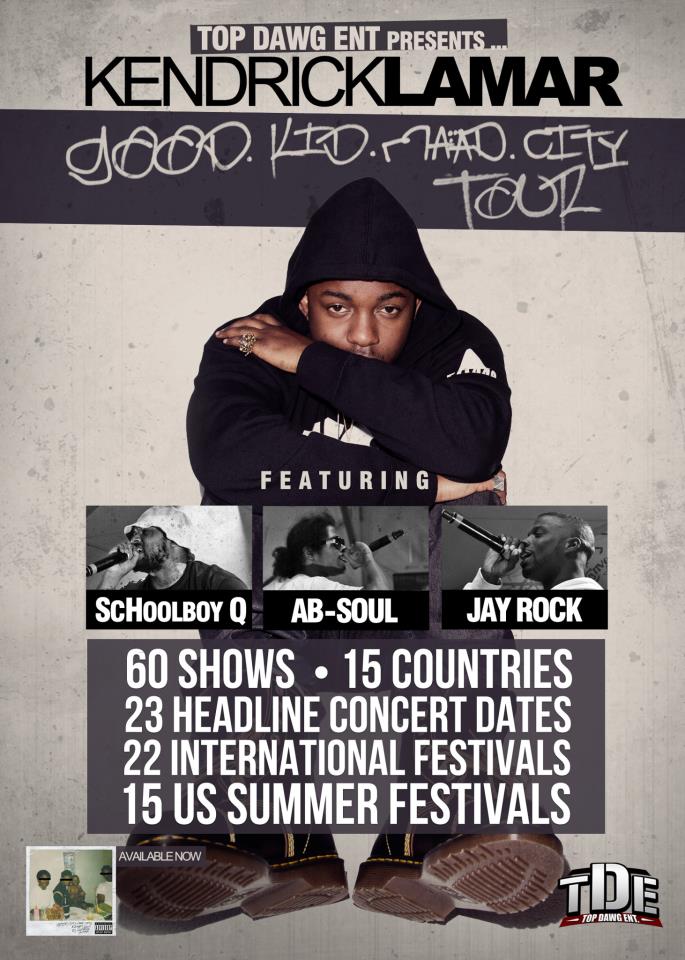 Earlier this month we reported that Kendrick Lamar will embark on his first world tour this summer. Tonight, the Compton rapper revealed the specific tour dates. While he is currently on a college tour with Steve Aoki, Lamar's TDE label mates ScHoolboy Q, Ab-Soul, and Jay Rock, will be present on the below world tour dates.

May 22 – Las Vegas, Nevada (The Cosmopolitan of Las Vegas)

May 29 – Portland, ME (The Waterfront at Ocean Gateway)