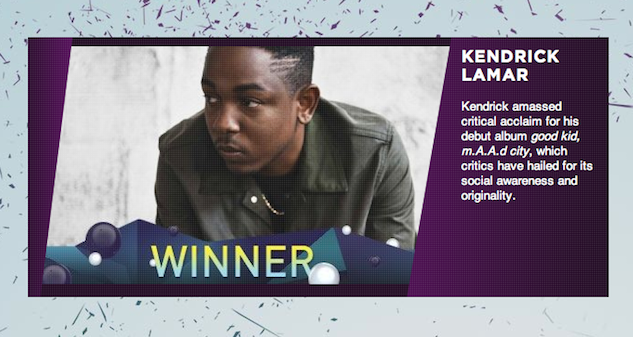 Tonight the 2013 BET Awards went down in Los Angeles at the Nokia Theatre. Kendrick Lamar stole the night, by not only performing, but taking home two of the most important awards.

But that's not all, Kendrick also won 'Best Collaboration' alongside A$AP Rocky, Drake, and 2 Chainz for their song "Fuckin’ Problems.”