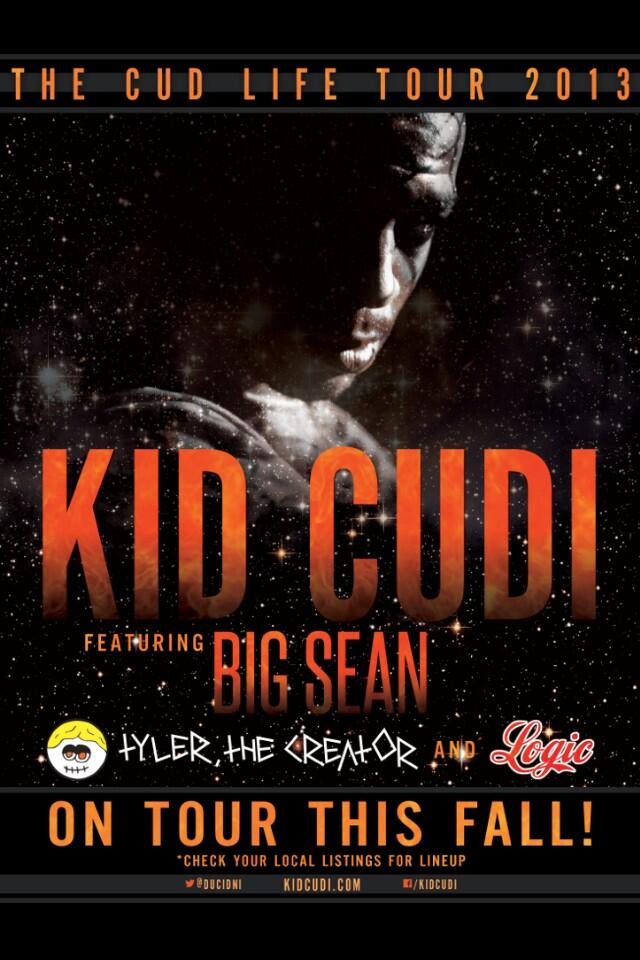 A few moments ago Kid Cudi announced that he will be touring this fall. Cudi will headline 'The Cud Life Tour,' which will also feature Big Sean, Tyler, The Creator, and Logic.  .

The tour dates and cities will be revealed shortly. UPDATE: Some of the confirmed tour dates have been announced: