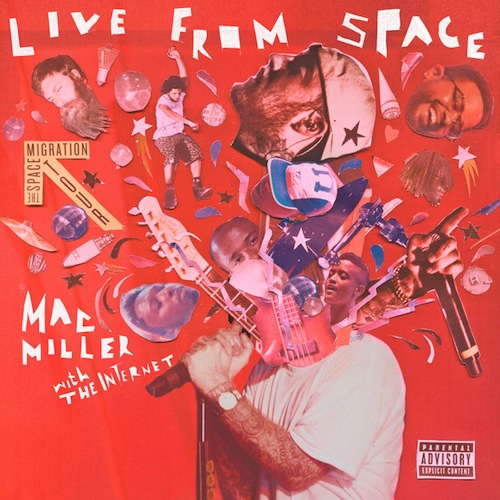 Mac Miller just announced he will be releasing a live album on December 17th called 'Live From Space.' The project will contain several performances from his time on The Space Migration tour, along with five bonus cuts that didn't make it onto his sophomore album 'Watching Movies With The Sound Off.' The forthcoming album's tracklist can be seen below.

8. Objects in the Mirror (Live)

14. Explicit In the Morning (feat. Syd The Kid & Thundercat)