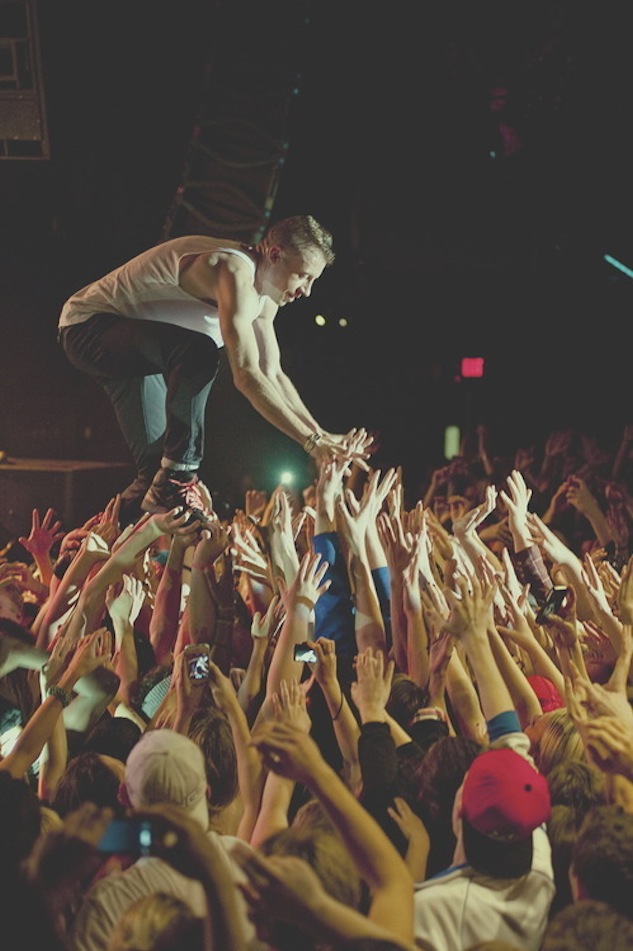 With the first hip hop award of the night at the MTV VMA's, Macklemore and Ryan Lewis take home the moonman. The duo wins the award for their "Can't Hold Us" music video.