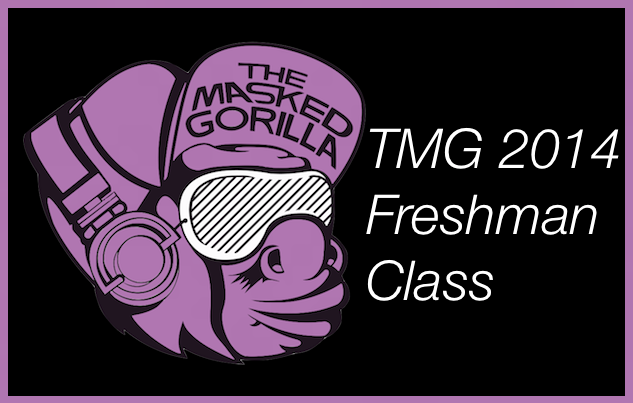 The Masked Gorilla was founded in 2009, established as the definitive youth voice in hip hop, the only site to strictly cover emerging rappers. We created TMG under the belief that hip-hop was entering another golden-age and this new class of talent was being ignored. Even with that strong belief in mind, we could have never imagined the following 5 years would yield the quality of talent it has.

In 2011 we created our first official Freshman Class to better showcase some of this emerging talent. What started as a quasi-homage to XXL, quickly turned into a beast of its own. The list is free of: industry influence, personal vendettas, scheduling conflicts, and most importantly artist-opinion. The Masked Gorilla’s Freshman Class is simply a list of 10 emerging-artists we believe will have the most mainstream success in the forthcoming year, all coming from the most dedicated and reliable source on the topic.

An accurate gauge of widespread success in the new music industry is touring. Is an artist popular enough to embark on their own tour, to sell 500 tickets not just in their hometown, but across the country? With that question in mind, we selected 10 artists who we believe will have the greatest potential of achieving this level of mainstream success in the next year. Without further adieu, we present you The Masked Gorilla’s 2014 Freshman Class. 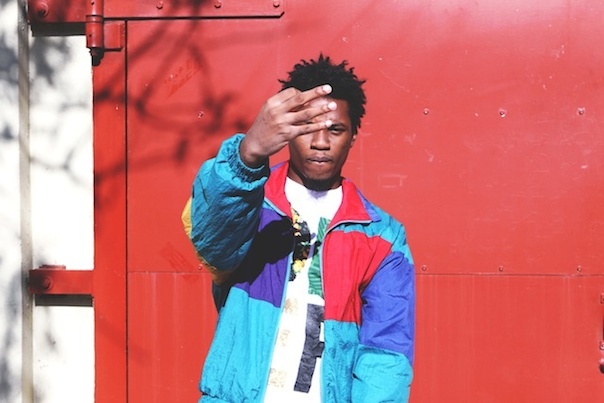 In January of 2013 Denzel Curry broke onto the pages of The Masked Gorilla with the release of his track “Threatz” featuring Robb Bank$ and Yung Simmie. At the time Curry was a member of the SpaceGhostPurrp led Raider Klan, performing at the Coachella Music Festival with the crew in April of that year. The 18 year old South Miami rapper spent the rest of the year prepping the release of his project Nostalgic 64, while at the same time distancing himself from Purrp. The 2013 bubbling, overflowed right into 2014 Curry with a string of performances at SXSW, being included on his first nationwide tour as support for The Underachievers, and heading overseas for a string of his own headlining European shows. The forthcoming release of his double EP 'Planet Shrooms' cements Denzel Curry as a safe pick to dominate the remainder of the year.

It has been nearly a year since Kids These Days disbanded, the Hip Hop/Blues/Rock group Chicago rapper Vic Mensa formerly front manned. Since then, Mensa has dubbed himself The Internet and put in the ground work for a successful solo career. After spending last summer releasing singles such as “Orange Soda” and “Hollywood L.A,” Vic released his first solo project in roughly three years, Innanetape. Vic spent the following months on tour, opening for artists such as J. Cole, Disclosure and Danny Brown. Now, with Kids These Days becoming nothing more than a distant memory, Vic Mensa looks to turn his 2013 accomplishments into 2014 dominance with the announcement of his upcoming EP Street Lights. 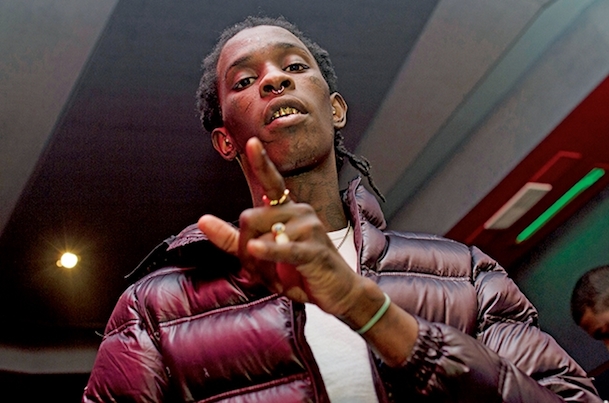 After two years of releasing mixtapes, Atlanta rapper Young Thug inked a deal with Gucci Mane's 1017 Brick Squad/ Atlantic in early 2013. The year would see Thug produce two underground hits “Stoner” and “Danny Glover,” with hip hop heavyweights Kanye West and Drake endorsing the latter turning the track into a mainstream smash. The success of the song sent the industry into a frenzy, resulting in multiple record labels competing to sign the rapper. While Thug’s label-situation is still in question, his popularity isn’t. With the release of new single “Eww” the Atlanta rapper is still the talk of the industry, as everyone patiently waits for the release of his debut project. 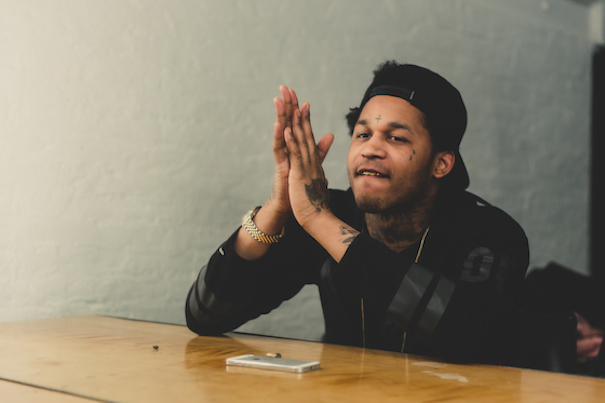 Credited as co-founder of Glory Boyz Entertainment, Fredo Santana finds himself smack dab in the middle of the Chicago drill music scene. Since launching his solo career in September 2012, Fredo has released three mixtapes, started an independent record label, Savage Squad Records, and dropped his debut album. The album, Trappin’ Ain’t Dead, included the malicious street banger, “Jealous,” featuring TDE’s Kendrick Lamar. Outside of releasing music, Fredo modeled a clothing collection for 10.Deep and starred in the music video for Drake’s mega-hit “Hold On, We’re Going Home.” Motivated by his desire to do numbers big enough for Billboard, Fredo is prepared to make 2014 his year, starting with a collaborative mixtape between himself and younger cousin Chief Keef. 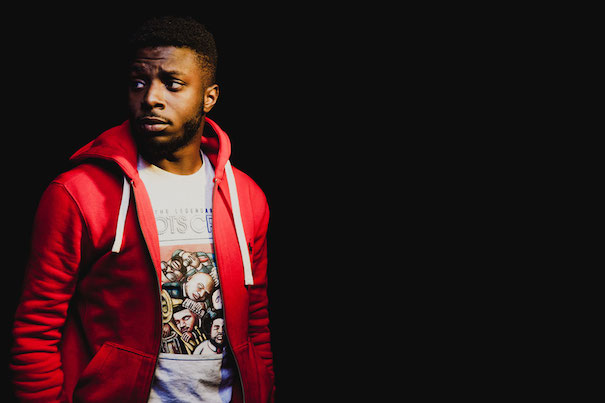 Halfway through 2013 rumors began to swirl that Top Dawg ENT. was adding two new artists to their talent filled roster of Kendrick Lamar, ScHoolboy Q, Ab-Soul, and Jay Rock. While many speculated on who would join TDE, no one guessed little known Chattanooga, Tennessee rapper Isaiah Rashad would be added. After the reveal, years worth of impressive songs were unearthed from the rappers Soundcloud page. Rashad spent the rest of the year releasing new music in preparation of his first official TDE, Cilvia Demo. With the EP finally being released in early 2014, the Tennessee rapper hit the road with ScHoolboy Q for the Oxymoron world tour. At only 22 years old, Isaiah Rashad has the world at his fingertips and will continue to leave his mark on 2014. 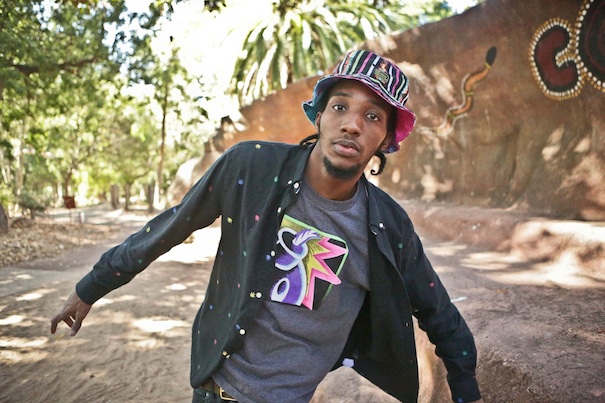 In early 2012 17 year old New York rapper Joey Bada$$ released a string of songs, “Catharsis,” “Waves,” and “World Domination,” instantly propelling him into the forefront of the new school rap scene. Joey success paved the way for his Beast Coast cohorts The Underachievers and Flatbush Zombies, along with his own crew Pro Era. CJ Fly quickly emerged as one of the brightest talents from the crew, taking reigns as second in command. Releasing his own music in 2012, CJ officially released his project ‘Thee Way Eye See It’ in late 2013. The project went dramatically overlooked, but with years of touring under his belt now accompanied with a tightly crafted project, CJ is bound to break out on his own. 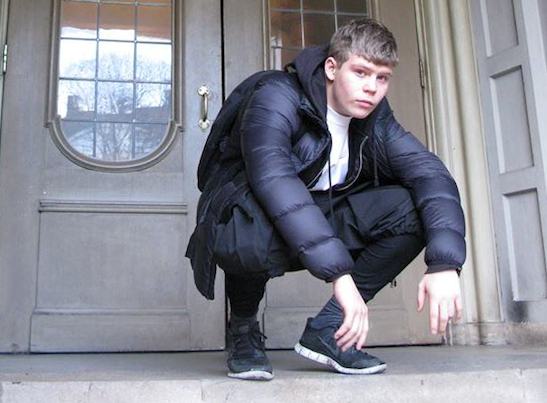 Lil B is easily one of the most influential artists in the new school rap scene. While most artists are more subtly influenced by the Based God, Yung Lean is a direct disciple. However the 16 year old Sweden rapper managed to carve his own sound from the influence, in the process creating a cult following of his own. The teen-rapper originally caught widespread attention with the music video for his song “Ginseng Strip 2002.” Following that video, Lean partnered with Mishka to release the 12 song project Unknown Death 2002. The tape produced a string of hits, leading Lean to headline the 25-date White Marble Tour. After all the hype, his latest release “Kyoto” is currently pushing 2 million views on YouTube, solidifying the fact that Yung Lean is here to stay. 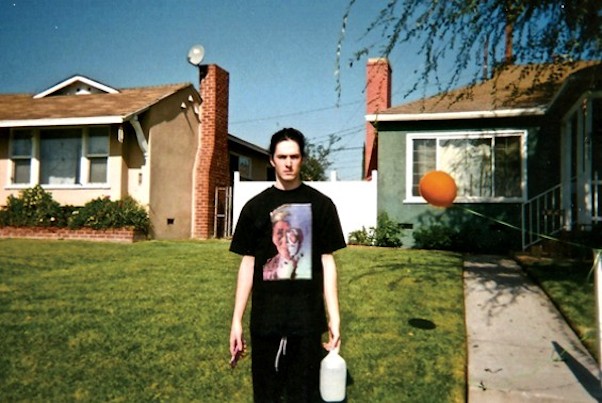 Dating back to at least 2011, teenage rapper Bones has released hundreds of songs, fifty plus music videos, and a handful of mixtapes. The Michigan born rapper really caught stride in mid-2013 however, when he took on more of a dark sound. The release of projects PAIDPROGRAMMING and DEADBOY helped grow Bones a sizable fanbase, along with a handful of music videos perfectly matching the aesthetic. With a summer-tour already under his belt, Bones will spend the 2014 summer touring the country before heading to Europe to hit the stage on a string of shows. 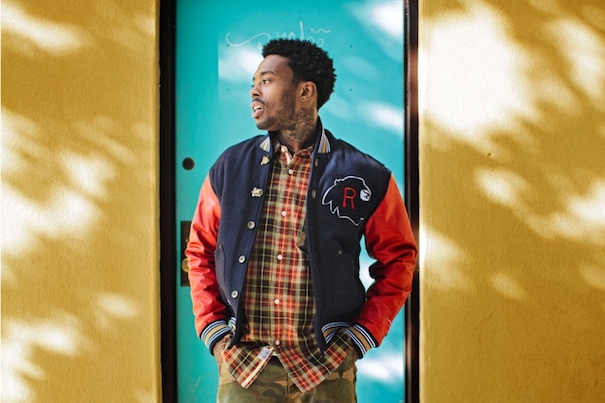 Charlotte, North Carolina rapper Deniro Farrar managed to fly under the radar, crafting his indie-hip hop niche. Equally influenced by both the internet and the streets, Farrar calls his sound Cult Rap. The unique sound is working, landing the rapper a record deal with VICE Records and concert dates scattered across the country. Farrar even recently got a taste of radio play, as his song with Denzel Curry "Bow Down" picked up steam on XM's rap stations. With his Rebirth EP set to be released through VICE next week, Farrar will officially take his Cult Rap on the road, headlining his own tour this fall. 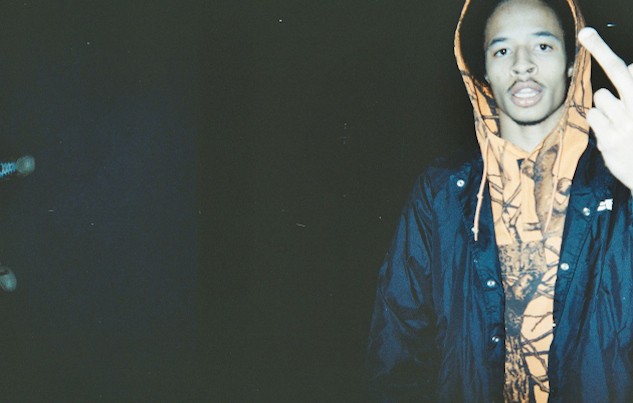 Rap cliques are back. Odd Future, A$AP Mob, Save Money, TDE, Raider Klan, and more all grew their cult followings within the new school rap scene over the past few years. New kids on the block Two9 actually aren't too new at all. As the name suggests, the Atlanta rap group have been working together since 2009. Curtis Williams has been the de-facto leader of the clique over the years, recently spotted hanging alongside Wiz Khalifa. Officially aligned with Mike Will Made It, the smash-hit producer is responsible for their two low-key hits "Where The Money At" and "Everything." Slated to hit the road with Worlds Fair, as Two-9's profile continues to rise alongside Mike Will Made It, Curtis Williams' solo star power will sky-rocket.


Did we miss your favorite rapper? Chances are we already included them in previous years classes. Check them all out right here: