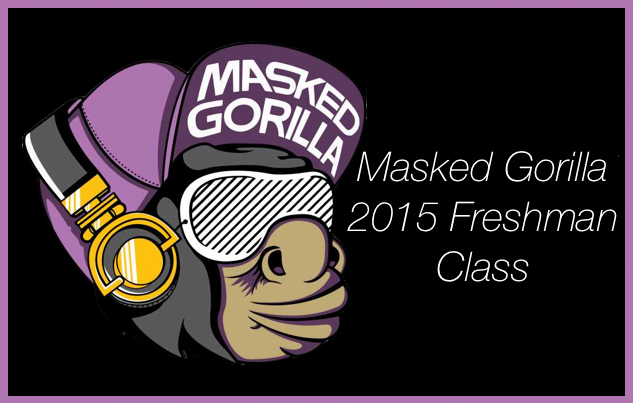 Masked Gorilla was founded in 2009, established as the definitive youth voice in hip hop, the only website to strictly cover emerging rappers. We created TMG under the belief that hip-hop was entering another golden-age and this new class of talent was being ignored. Even with that strong belief in mind, we could have never imagined the following 6 years would yield the quality of talent it has.


In 2011 we created our first official Freshman Class to better showcase some of this emerging talent. What started as a quasi-homage to XXL, quickly turned into a beast of its own. The list is free of: industry influence, personal vendettas, scheduling conflicts, and most importantly artist-opinion. Masked Gorilla’s Freshman Class is simply a list of 10 emerging-artists we believe will have the most success in the forthcoming year, all coming from the most dedicated and reliable source on the topic.

Without further adieu, we present you The Masked Gorilla’s 2015 Freshman Class. 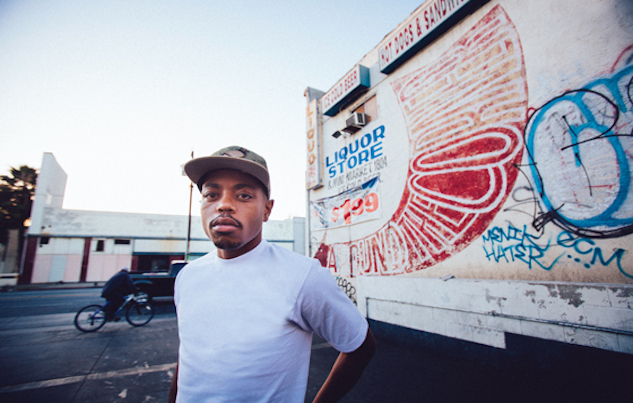 
When you hear a rapper from the West Coast, you expect a certain sound. Emerging Long Beach, California emcee Boogie knows this, rapping "I hate how every LA rapper try to make a song like YG. Like be creative." on his breakout single "Bitter Raps" which appeared on his brilliantly titled mixtape Thirst 48. Straying from the pack, Boogie puts his own twist on that sound, gathering fans from the streets and the internet alike in the process.

However it wasn't until the release of his Jahlil Beats produced single "Oh My" earlier this year that he really caught the attention of new listeners​. Currently working towards the release of his forthcoming project The Reach, the sonically versatile Boogie could very well be the next great West Coast rapper. 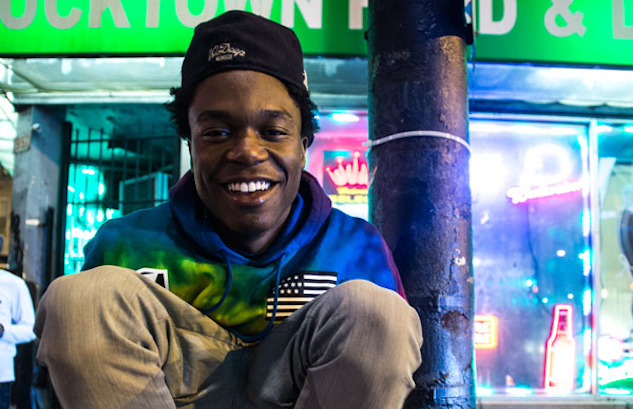 
Lucki Eck$ burst onto the scene in 2013 when he released his first mixtape Alternative Trap. With the project the 18 year old rapper was able to create a nonchalant, drug inspired, style, which he flexes and finesses on every track he releases. About a year after Alternative Trap, Lucki Eck$ dropped his sophomore mixtape Body High continuing to push forward.

Since the release of Body High, Lucki has appeared on tracks with new school rap stars Danny Brown and Chance The Rapper, while receiving personal praise from Earl Sweatshirt. Recently releasing his latest project, titled X, Lucki has absolutely mastered his sound at this point. Still just a teenager, we can't wait to see what the future holds for Lucki Eck$.


Goldlink is cosigned by Rick Rubin. That’s it. Next slide. Fuck, do you really need us to explain further why he’s in our 2015 Freshman Class after knowing that lengandry Def Jam co-founder/ music producer Rick Rubin fucks with him? Fine. We’ll do it, but only because we’re in a good mood right now.

Hailing from Virginia, Goldlink started making waves when he released his debut project God Complex. Working with producers like Kaytandra and SBTRKT, Goldlink is on his own wave with his blend of rap and soulful dance music. The emerging rapper is currently riding that wave, on his own nationwide headlining tour which says it all. That's it, that's all you get. Next slide. 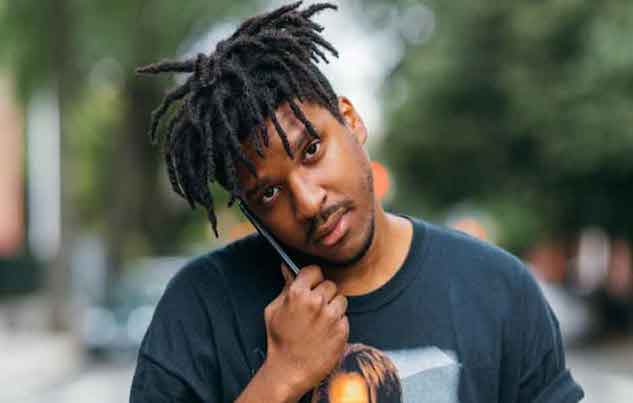 
Last summer Atlanta rapper Father caught the attention of music superstar Drake, with his minimally produced song "Look At Wrist." It's already pretty much been a year since that happened, isn't that weird? Anyway, while Makonnen, another artist Drake co-signed, immediately signed to Drake's October's Very Own label, Father has stayed independent and stayed perfectly weird.

Recently releasing his new album Who’s Gonna Get Fucked First?, Father is well past one hit wonder status, more on point with his sound than ever. Father and his Awful Records’ are currently touring on their own headlining the “Cry $$ Tour.” 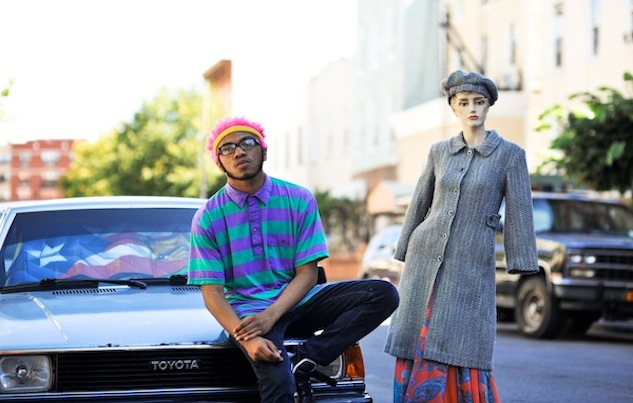 
There’s no question Kevin Abstract is a product of the internet. Like, AOL Instant Messenger away message updating, Myspace layout editing, Facebook before the newsfeed, status. Musically inspired by the likes of Childish Gambino, Kid Cudi, and Frank Ocean, Abstract lives up to his name with his music. Lol that’s such a shitty line, but we're gonna leave it in here anyway because it's tight in, like, an ironic way.

The Corpus Christi, Texas artist first made a dent in the internet with the release of his mixtape mtv1987​ last year. Backed by original music videos, and his Brockhampton crew, Kevin Abstract could easily be at the level of the artists he looks up to in the near future. Especially with the impending release of his new project, death of a supermodel.


When one associates Atlanta with hip hop, the mind immediately thinks of all the trap stars that have emerged from the city in recent years such as Young Thug, Migos, and countless others. Raury, an acoustic guitar playing, melody driven artist, certainly does not come to mind at first.

Emerging in April 2014 with his stand out single “God’s Whisper,” Raury has created his own lane within the constantly growing Atlanta rap scene. He made waves with his debut mixtape Indigo Child, his lyrics infused with peace and possibility, the 18 year old’s career has blossomed. Now with a large following in his hometown, Raury will be hosting the second annual edition of very own festival in June called Raurfest, with opening acts including Two-9, Big K.R.I.T., Trinidad Jame$ and more still to be announced. 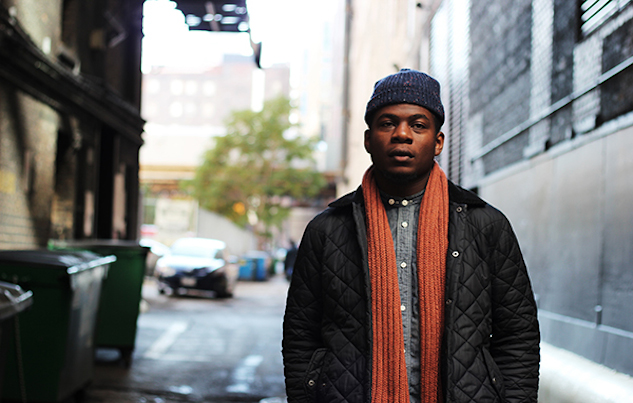 
Chicago hip hopartist Mick Jenkins has curated an insightful brand of rap music. That signature mystique earned him a deal with Cinematic Music Group last July, the same label that is home to Pro Era. On top of that, Mick was able to fill a slot as an opening act on the 2014 Smokers Club Tour.

More recently, Mick spent the month of February co-headlining a tour with Pro Era’s Kirk Knight. Looking ahead, Mick Jenkins is preparing for the release of another project to build off what he has created for himself over the past several months. In April, the Chicago rapper dropped a new single “Alchemy,” the first offering from his forthcoming project Wave[s].


OG Maco’s relentless energy, one hit single, and a slew of mixtapes have earned him a spot at the forefront of Atlanta’s up and coming hip hop scene. Maco’s “U Guessed It” caused a social media frenzy with a seemingly endless amount of Vines that used the record to justify absolute mayhem.

In the final quarter of 2014, when the hype from “U Guessed It” was in full swing, the OGG rapper inked a deal with Quality Control Music, which is home to ATL rap trio Migos. Now, with the hype created from “U Guessed It” settling down, it's time for Maco to create career longevity. With that in mind Maco is currently working on his debut album Children of The Rage, which currently does not have a release date. 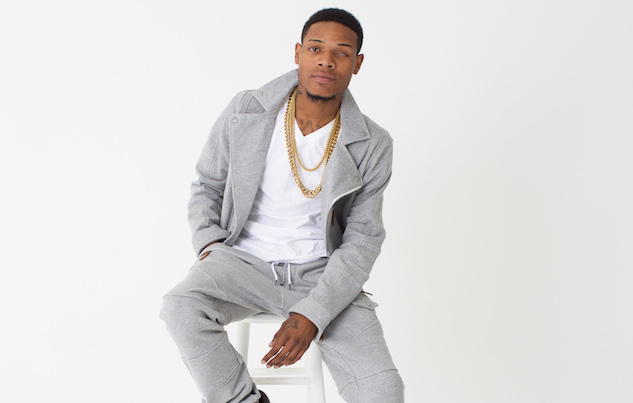 Beyond labels, Fetty has earned the attention of industry mega stars. Fetty has garnered co-signs from Drake, Kanye West and Rihanna. He even performed “Trap Queen” on Jimmy Fallon. With his career steamrolling along, Fetty Wap is preparing to release his next mixtape, appropriately titled, Fetty Wap: The Mixtape. Fetty promises the project will feature music not only from himself, but from the rest of his Remy Boyz crew.


Who? Who? Who? 22 year old Memphis rapper Xavier Wulf has been grinding for a minute now. Originally gaining an audience under the moniker Ethelwulf with Raider Klan, Wulf has really come into his own since departing from the formally Spaceghostpurrp led crew.

Now rapping alongside Bones, Chris Travis, and Eddy Baker in Seshollowaterboyz, Xavier Wulf has a cult following of his own with Hollow Squad. Releasing over five projects in the past year, Wulf steadily maintains six-figure play counts on all his Soundcloud uploads. That internet hype transitions onto the road, as Xavier Wulf and crew have been touring relentlessly over the past year, selling out shows along the way. Xavier Wulf is easily one of the brightest stars in the underground right now, with no sign of that changing anytime soon. Also, with the collective rise of his SesHolloWaterBoyz crew, you know what, we're going to go out on a limb and make Chris Travis and Eddy Baker members of our 2015 class as well because we're sure everyone involved is going to blow the fuck up before next years list.

Did we miss your favorite rapper? Chances are we already included them in previous years classes. Check them all out right here: