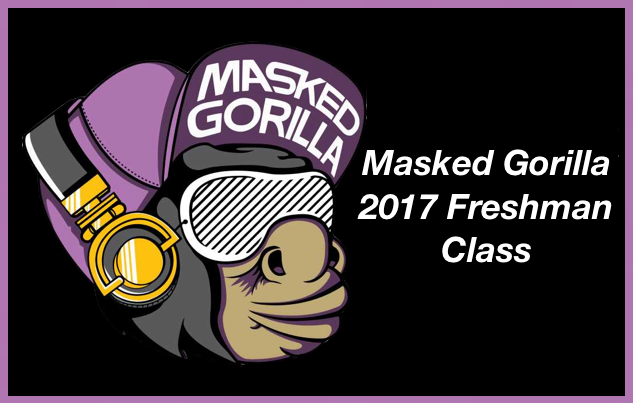 Masked Gorilla was founded in 2009, established as the definitive youth voice in hip hop, the only website to strictly cover emerging rappers. We created MG under the belief that hip-hop was entering another golden-age and this new class of talent was being ignored. Even with that strong belief in mind, we could have never imagined the following 8 years would yield the quality of talent it has.

In 2011 we created our first official Freshman Class to better showcase some of this emerging talent. What started as a quasi-homage to XXL, quickly turned into a beast of its own. The list is free of: industry influence, personal vendettas, scheduling conflicts, and most importantly artist-opinion. Masked Gorilla’s Freshman Class is simply a list of 10 emerging-artists we believe will have the most success in the forthcoming year, all coming from the most dedicated and reliable source on the topic.

Without further adieu, we present you Masked Gorilla’s 2017 Freshman Class. 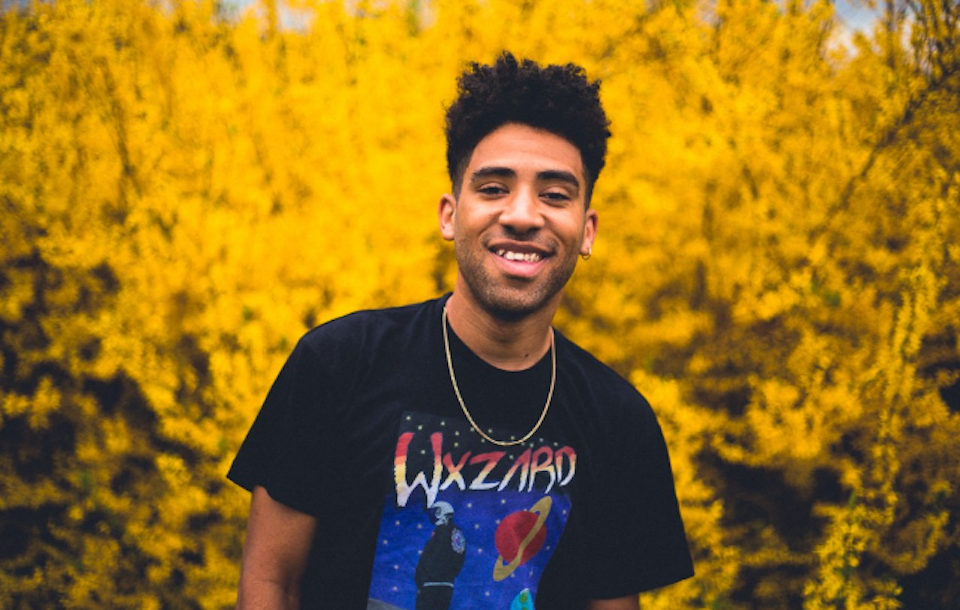 Kyle is an easy one to start with. The clean-cut 23 year old Ventura, California rapper has been rapping, and signed to a major label, for years at this point. The first time I heard his music, probably like everyone else, was with his 2013 song “Keep It Real.” His Drake impersonation was heavy, and his lisp was even heavier, making it a strange combination of slightly annoying but really catchy at the same time. Kyle plugged away for the next few years, and forsure took speech classes, resurging late last year with his now #1 smash hit Lil Yachty featured song “iSpy.” Kyle has a really strong fanbase as well, selling out his own headlining nationwide tour. Unlike most rappers who reach the top of the charts early in their careers, Kyle has a strong industry support network behind him, coupled with an actual fanbase, which leads me to believe he’ll be here for a while.

While Kyle plugged away behind the scenes for years plotting his rise, Ugly God is one of the more recent young internet rappers to go viral before his music was well known. The first time I ever saw his ugly face was when he was attaching living lizards to it. Those videos went super viral, collecting hundreds of thousands of retweets and Instagram likes. Thankfully, his music was just as weirdly fun. Ugly God has still only uploaded a handful of songs to his Soundcloud page, but with each song amassing well over 1 million plays and his breakout hit “Water” currently sitting at just under 90 million plays. That has led to sold out tours, and actually, his own sold out UNMASKED show. His UNMASKED episode with us has over 250,000 views. He’s an underground star. He’s smart. He knows how to fully utilize the internet. He’s a social media maven. As long as his debut mixtape ‘The Booty Tape’ is released, and connects, Ugly God will continue to succeed. 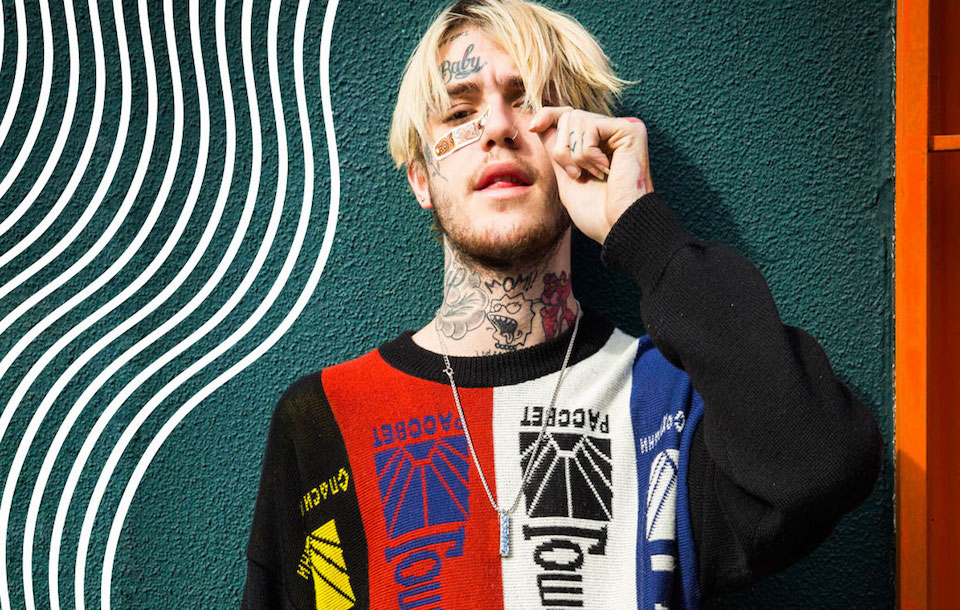 Out of anyone on this list, Lil Peep has the biggest chance to be a legitimate superstar. He’s the Kurt Cobain of our generation. He’s Justin Bieber with face-tattoos. His concerts have a sizable section of girls crying and trying to grab his dick. He’s not a rapper. I can’t stress enough how important it is that Lil Peep is not a rapper. The 19 year old artist already crossed over before he even started. He’s really one of the first recent artists to adequately blend emo, which is having it’s own huge nationwide resurgence of it’s own, and trap music which is already wildly popular. He’s on the forefront of his own sound, as noted by interviews with just about every single major music publication. Fresh off a sold out global headlining tour, and his debut album on the way, Lil Peep might just fuck around and be the next big popstar. His forthcoming debut album will be the real test. Expect that to drop sometime this year. 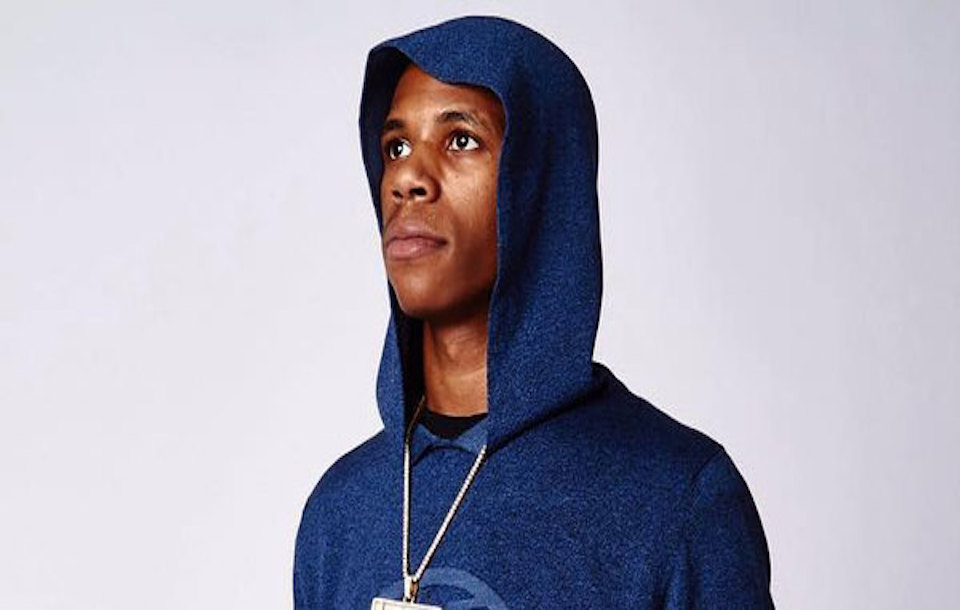 21 year old Highbride, Bronx rapper A Boogie broke onto the scene last year with his single “My Shit,” right around the time Brooklyn’s Young M.A. hit with “Ooouuu.” Melodic rapper Boogie has more staying power however. He signed to Atlantic, pieced together a small headlining tour and released a handful of other catchy songs like “Jungle” and “Friend Zone.” While he’s still working towards the release of his official debut album, A Boogie is probably the most widely known artist on this list. He’s at his tipping point right now, very known in New York, with internet hits under his belt but not a runaway breakout hit yet like Fetty Wap’s “Trap Queen.” With his natural melodic hit making talent and major label support, it’s only a matter of time until Boogie is fully in his bag with a chart topping hit and cemented as the new face of New York.

Purpp is an interesting one. He reached a pretty sustainable level of underground success with his harder hitting trap influenced sound in South Florida. But there’s a ceiling in the underground, and if you want to break through it, you need to actually join the music industry. So Purpp did just that, aligning himself with legendary A&R Todd Moscowitz. With the ink still drying on his record deal with Universal, Purpp is teasing the release of his new project ‘Deadstar.’ Judging by the first few singles, like “Woah” and “Glock Inside My Benz,” along with his own commentary on Twitter, Purpp has shifted his sound to a more auto-tune friendly version of his past music. I’m definitely fucking with the shift. You can compare him to this rapper, or that rapper, but with a major deal inked and some really catchy music being recorded, you can count on him hitting the radio hard sometime this year. 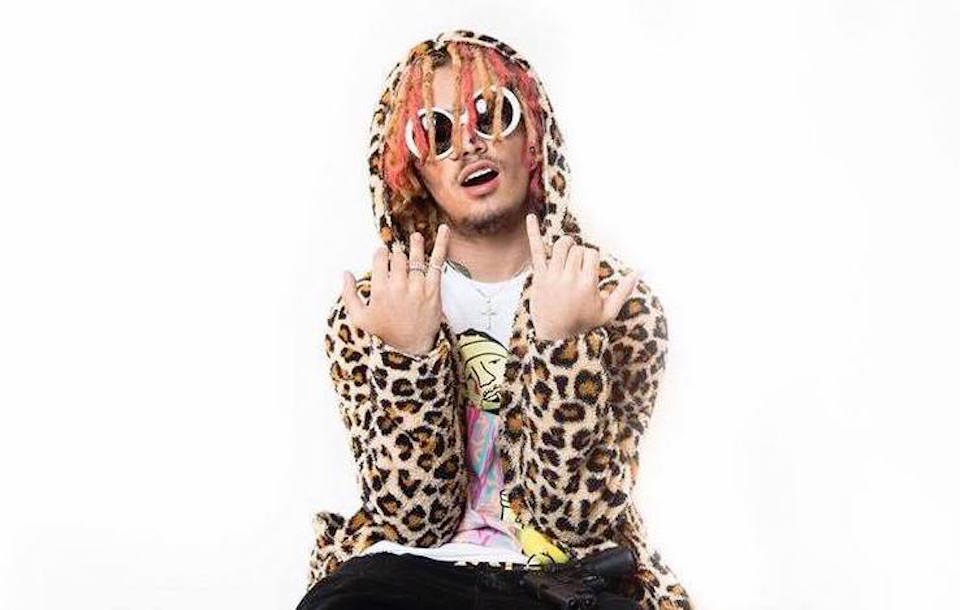 Miami, Florida rapper Lil Pump originally gained attention through collaborations with Smokepurpp. Over the past year however, the 16 year old Trapper Of The Century has skyrocketed in popularity, not only amassing 650,000+ Instagram followers and 230,000+ Soundcloud followers, but permanent meme status across Twitter. Pump is the face of Soundcloud right now, getting a ton of hate, but even more support from fans. Pump is smash hit ready, filling the role a once 16 year old Chief Keef occupied. For Keef, the warning signs of his demise were there before he ever blew up, Pump however seems to be on a more sustainable trajectory right now. If he can get any radio support behind him, he can have a breakout mainstream banger within a few months. Eskeedit! 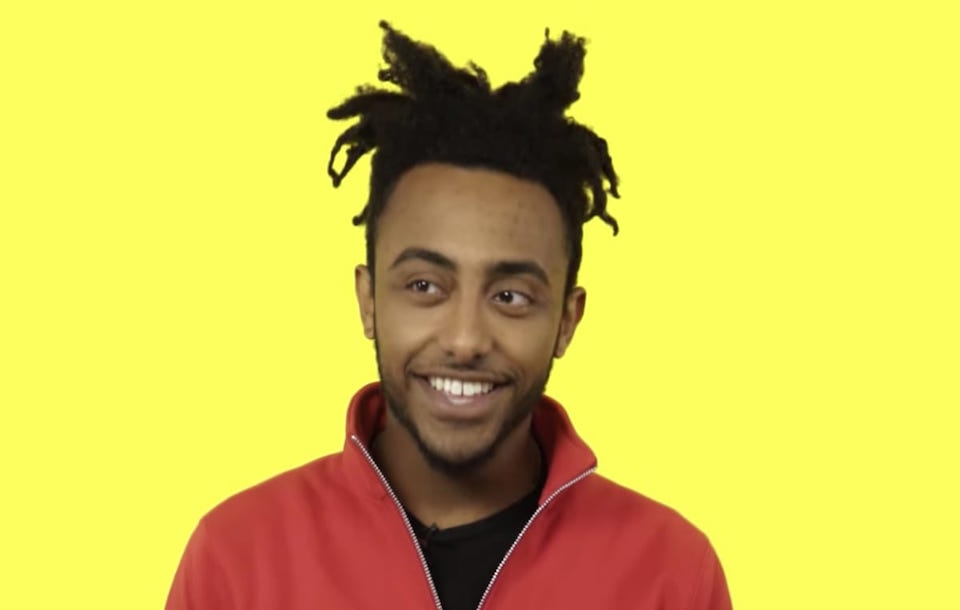 Similar to Kyle, Amine is riding a wave of clean-cut rap. The 23 year old Portand Oregon rapper broke onto the scene late last year with his song “Caroline.” Pushed by Republic Records, the song managed to crack the charts. Just after a week of the presidential election this past fall, Amine was the musical guest ‘Jimmy Fallon’ and changed a few lines to express his disapproval with the results. The clip went viral online and led to a sustained buzz leading into his most recent single “RedMercedes.” That song hasn’t quite yet reached “Caroline” levels yet but what I think is even more important is that he recently aligned himself with Tyler, the Creator videographer and Illegal Civilization owner Mikey Alfred. Mikey’s video work really fits with Amine’s cleaner, fun, sound leading to a tightly branded image which is important to maintain and grow a fanbase. Amine is already in good hands with Rebuplic working towards his debut album, but his inclusion in the Tyler, the Creator-orb might really help push him over the top. 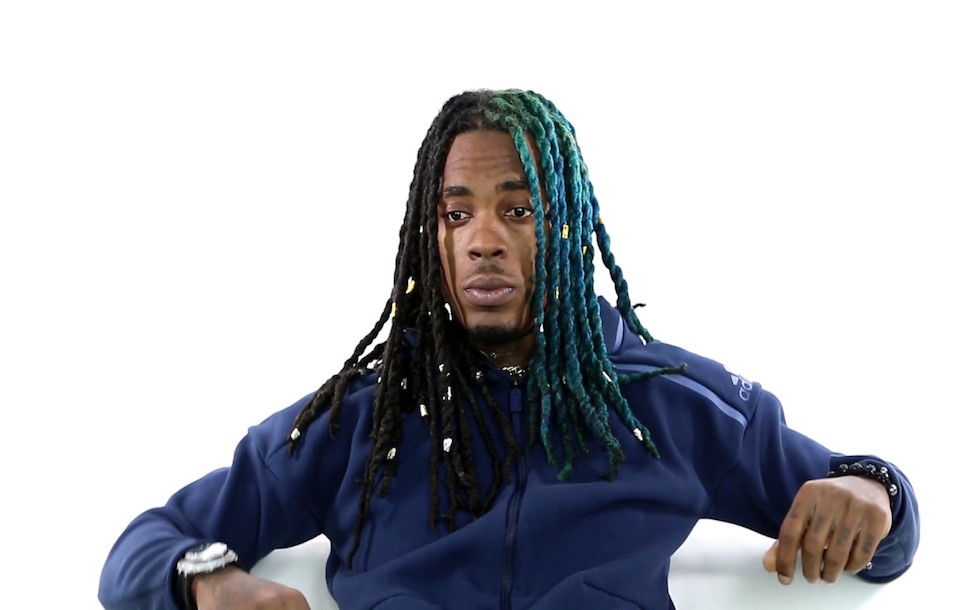 24 year old Atlanta rapper Dae Dae rose to prominence in 2016 with his breakout single, “Wat U Mean.” The song, which currently sits at 26 million plays on Soundcloud, led to a deal with 300 Ent. His latest single “Dem Days” is getting a solid push, and should end up on the radio. 300 has done a really good job pushing underground trap rappers into the spotlight, with Young Thug, Migos, and Fetty Wap under their belt. With Dae Dae’s debut album on the way, it feels like he can be seamlessly pushed through those same channels to reach their level. 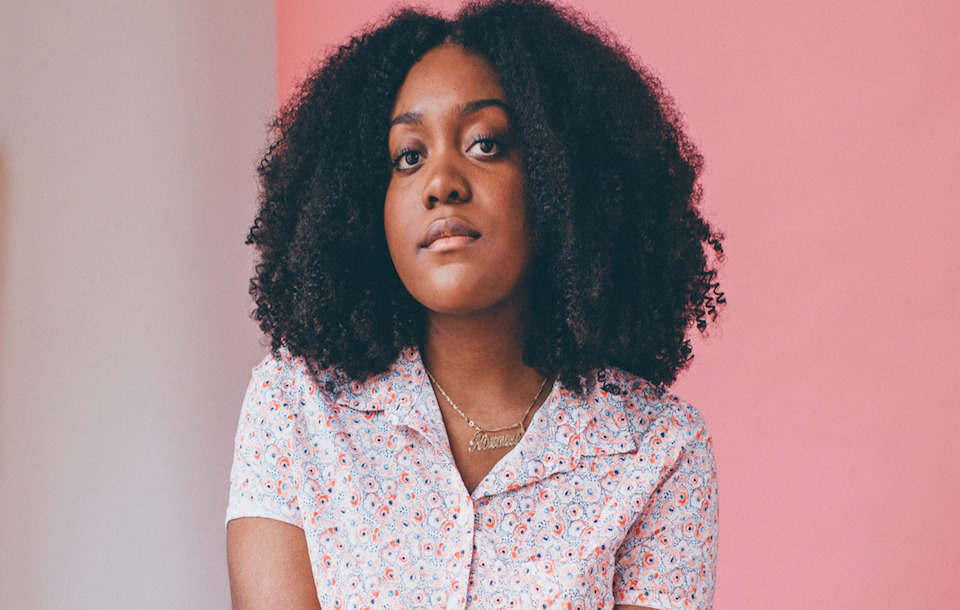 Formally known as Noname Gypsy, Chicago’s Noname gained recognition in 2013 after being featured on Chance The Rapper’s ‘Acid Rap’ song “Lost.” It took the 23 year old rapper 3 more years to release her debut mixtape ‘Telefone’ in 2016. The wait was well worth it, as the project gained widespread critical acclaim. The project was self-released and she went on to headliner her own nationwide tour to close out the year. It’s not clear if Noname’s sound will ever be radio-ready, but she’s built a sizable following of own and is holding down a side of hip hop that has been ignored in recent years.

We’re closing out the list with 20 year old Ottawa, Canada rapper Night Lovell. He’s a harder one to gauge. He draws immediate parallels to mysterious underground rapper Bones. But the outside perception is really where the comparisons end. Lovell’s music is brooding, but not lo-fi. With two mixtapes under his belt, 2015’s ‘Concept Vague’ and 2016’s ‘Red Teenage Melody,’ Lovell has racked up 160k Soundcloud followers and 100k Instagram followers, seemingly on his own without industry support. He’s managed to craft a sound of his own, and fanbase, all the way from Canada away from the usual hip hop hotspots of Atlanta, Miami, or Los Angeles. If Night Lovell ever decides to sign a deal or get in the studio with a solid executive producer, it’s only a matter of time until he takes his sound and career to the next level. We’re really excited to see what his next move is.

Notes from the editor:

– Technically, anyone who hasn’t released their official debut album is considered a “freshman.” However, it’s a really, really fine line between someone who is already popular in the mainstream and someone who isn’t there just yet. D.R.A.M. emerged in 2015 with “Cha Cha” and went 5x platinum with “Broccoli” this year. Madeintyo is in the same boat with “Uber Everywhere” and “Skateboard P.” However, someone like A Boogie has hits under his belt but not wild nationwide radio success. It’s a fine line to toe, but we think we did our best doing just that.

– With that being said: Yes, you know who these rappers are already. Uhh, that’s the point. When we release a list of 10 unknown rappers, we’ll let you know. There is a list of at least 25 rappers that we really like, but just aren’t there yet. Maybe next year.

– We avoided including anyone currently in prison or facing prison time. It wouldn’t be fair to exclude a rapper from the list for someone who is already locked up or may be locked up within the year.

– Why is A-Boogie on the list? How come you didn’t add Lil Younger Thug instead? Well, if we’re all going to openly mock and criticize XXL for not including “underground” rappers, then we’re going to make sure our list is well-rounded and includes hip hip artists from all sides of the genre.

– Did we miss your favorite rapper? Chances are we already included them in previous years classes. Check them all out right here: