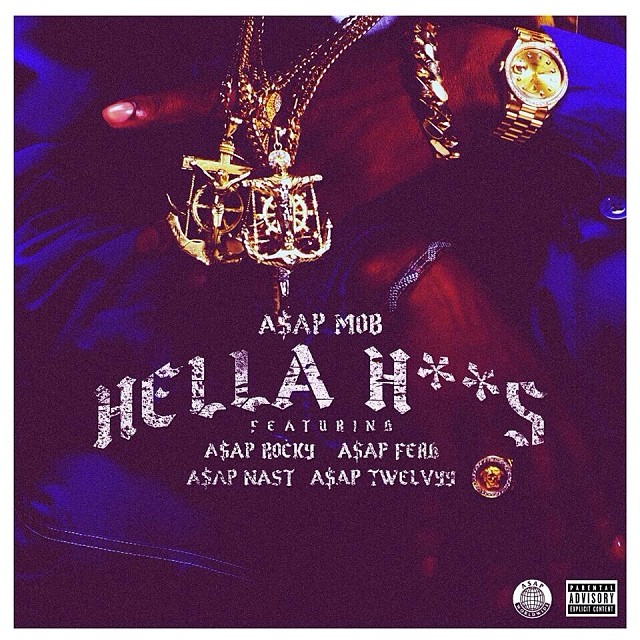 After a bit of a delay Hot 97 finally premiered A$AP Mob's first official single off of their forthcoming compilation album 'L.O.R.D.' "Hella Hoes" features the main core of the Mob with Rocky, Ferg, Nast, and Twelvyy.

L.O.R.D. does not have an official release date as of yet