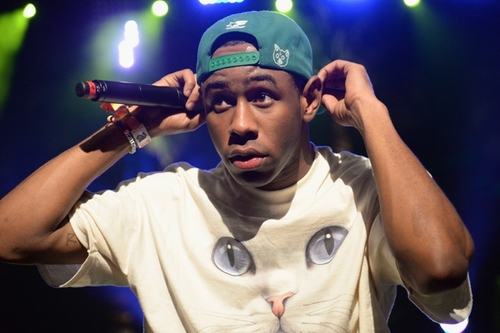 Yesterday marked the one year anniversary of Tyler, The Creator's sophomore album Wolf, a 17 track LP which tells the fictional story of a few kids time at Camp Flog Gnaw. To celebrate the occasion, Tyler released the original version of the album's third track "Cowboy." Overall, the original version has a darker tone than the version that made the album.

Tyler states towards the end of the recording his reasoning for not putting the original version on the album. He simply didn't feel like it.