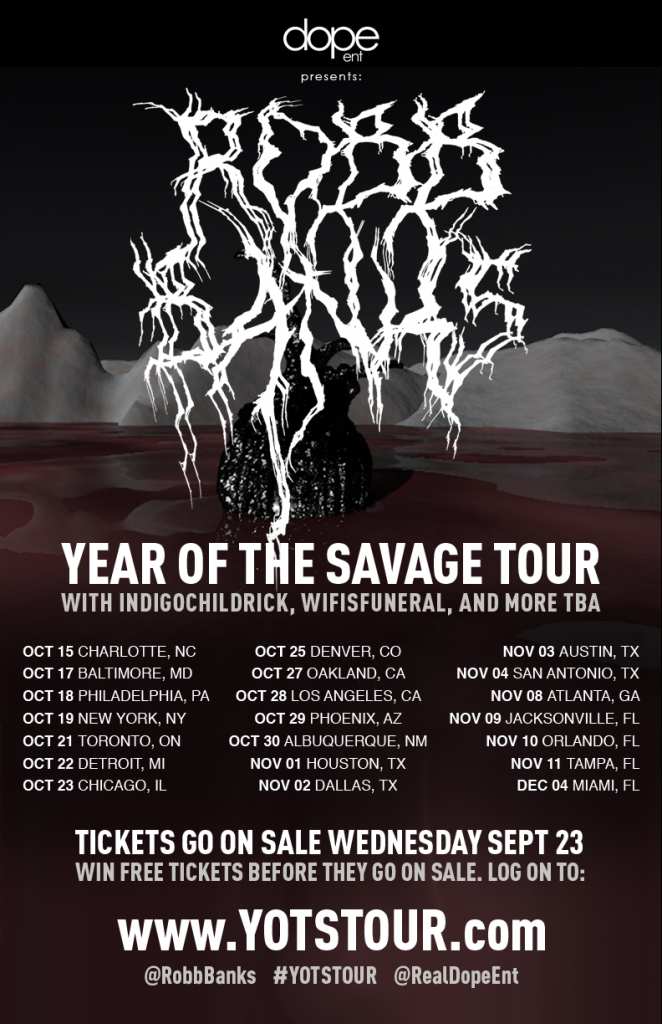 Miami rapper Robb Bank$ will finally be releasing his long awaited debut album 'Year Of The Savage' on October 2. Today Robb announced that he will be touring the country in support of the record.

The 'Year Of The Savage Tour' will kick off on October 15 in Charlotte, North Carolina and will run all the way until December 4 wrapping up in Miami, Florida.

Tickets will be available this Wednesday, right here.