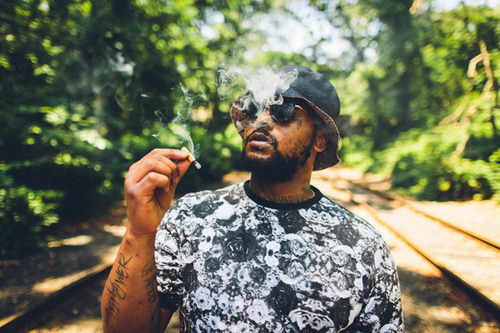 Since March of last year, ScHoolboy Q has released four records to promote his debut album Oxymoron, "Yay Yay," "Banger (Moshpit)," "Man of The Year," and "Collard Greens," featuring Kendrick Lamar. Tonight, Q announced only two of the four previous releases will appear on his album, but left it to your imagination to guess which ones.

EverytHing u Heard not on #OXYmoron FEB. 25TH buy it!!!