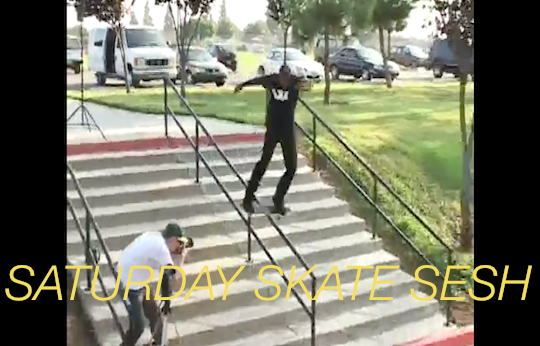 From fashion, to the go to activity of fans, skateboarding and new school hip hop are perfectly intertwined. ‘Saturday Skate Sesh’ is a weekly feature where new video parts, contest footage, or anything else skate related will be posted.

On April, 10th 2010, we posted our first ever 'Saturday Skate Sesh' video. Shake Junt's ten minute 'Chicken Bone Nowison' promo video ushered in the new skate feature here on TMG. Over a year and a half later, Shake Junt is back with a full video part, bearing the same name.