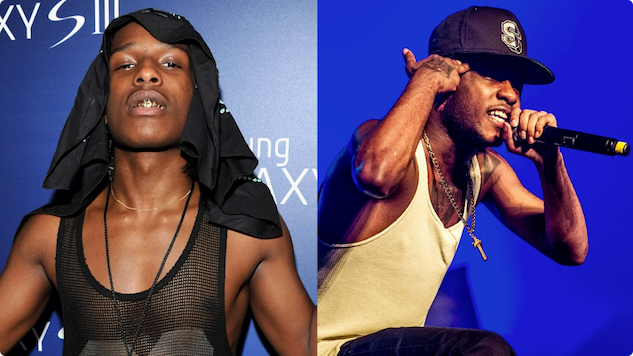 Once close collaborators, SpaceGhostPurrp and A$AP Rocky have been at odds with each other for the better part of the last 3 years. The beef played out on the internet, in real life, the music itself, and even spilled over between each rapper's respective crews, Raider Klan and A$AP Mob.

Tonight it looks like the storied fued has finally come to an end. Earlier today A$AP Rocky's manager and righthand-man A$AP Yams indirectly tweeted a handful of messages at SpaceGhostPurrp, denying Purrp had any role in Rocky's popularity. Purrp responded to the sub-tweets, with words of his own, eventually ending in a tweet from Yams saying: "DM ME LETS DISCUSS LIKE MEN."

After speaking with eachother on the phone, Purrp tweeted: "Just chopped it up on the phone wit @ASAPYams KLAN X ASAP we back ya dig .. PEACE AND LOVE," signaling that the beef between the rappers and crews has finally come to an end.

Just chopped it up on the phone wit @ASAPYams KLAN X ASAP we back ya dig .. PEACE AND LOVE

We can only hope an official SpaceGhostPurrp and A$AP Rocky collaboration is on the way.