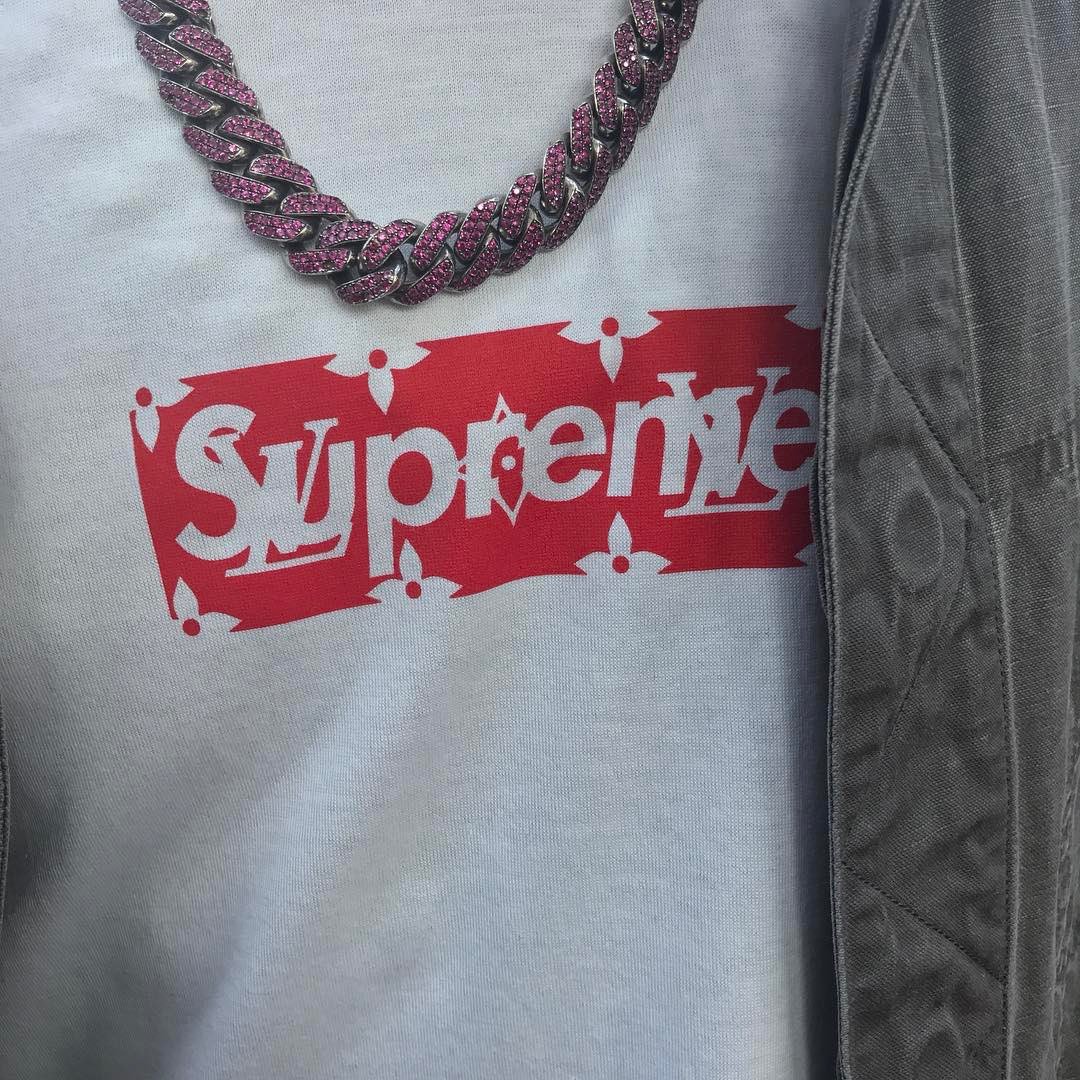 One of Supreme's most sought after pieces is their Louis Vuitton box logo t-shirt collaboration from 2000. The only problem was, it wasn't an official collab and LV issued a cease-and-desist to Supreme.

17 years later, a lot has changed. Supreme is one of the most influential clothing brands in the world. Finally leveling up and getting not only an official collaboration with Louis Vuitton, but a huge one at that.

The collection was officially reveled today on the runway at Paris Fashion Week. You can check out all the available photos below.

I got the micheal Jackson Midas

Smart, but street-smart. A look from the Louis Vuitton Men’s Fall-Winter 2017 Collection by @MrKimJones, designed in collaboration with @SupremeNewYork. #LVMenFW17 #LVxSupreme Photo by @HarleyWeir

It's being speculated that the collection will drop on July 17 at LV stores, at Louis Vuitton prices.