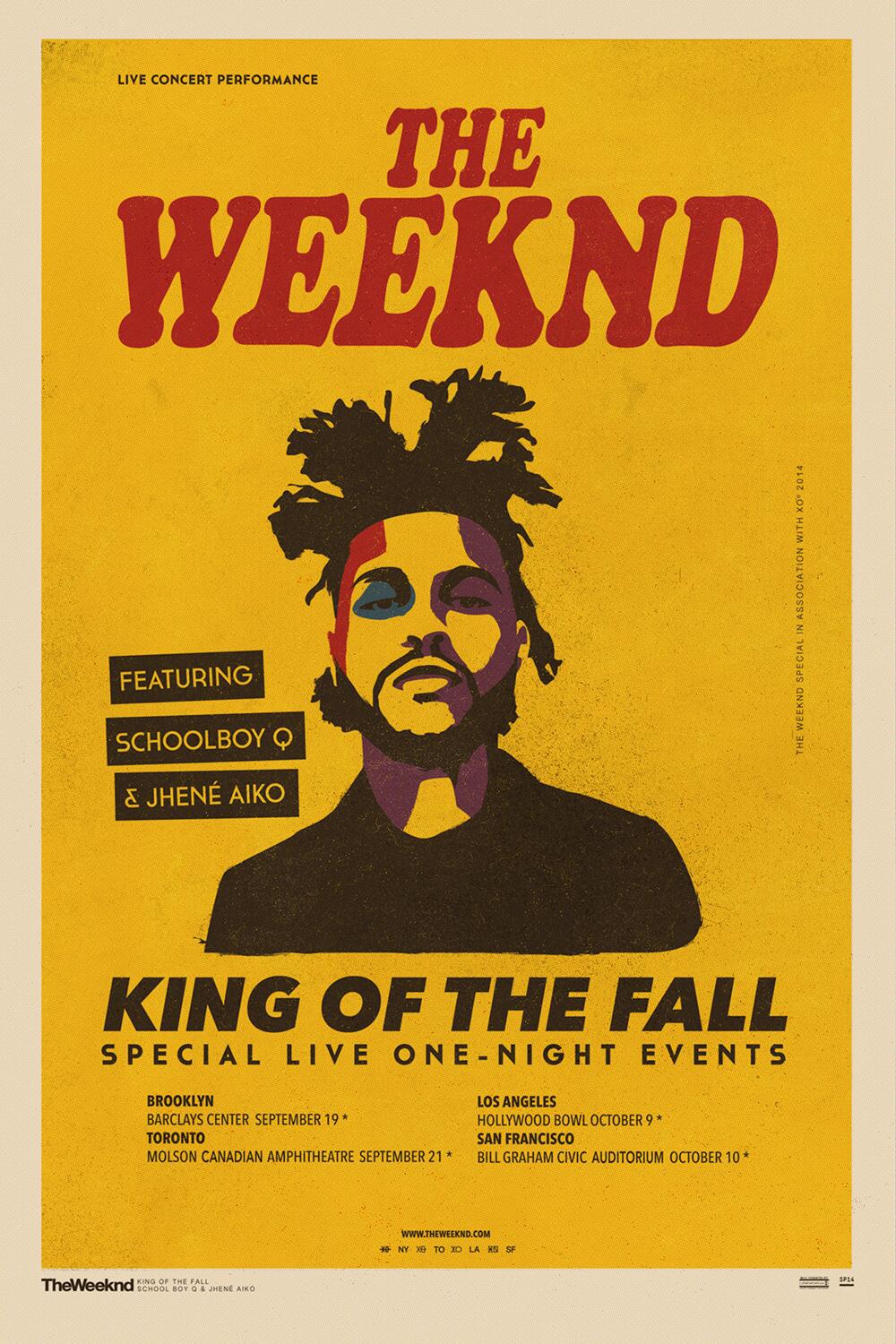 The Weeknd has announced that he will be headed out on a special four city tour with ScHoolboy Q and Jhene Aiko. The four night event will be hitting Brooklyn, San Francisco, Toronto, and Los Angeles. "The King Of The Fall Tour" starts on September 19th and ends on October 10th.