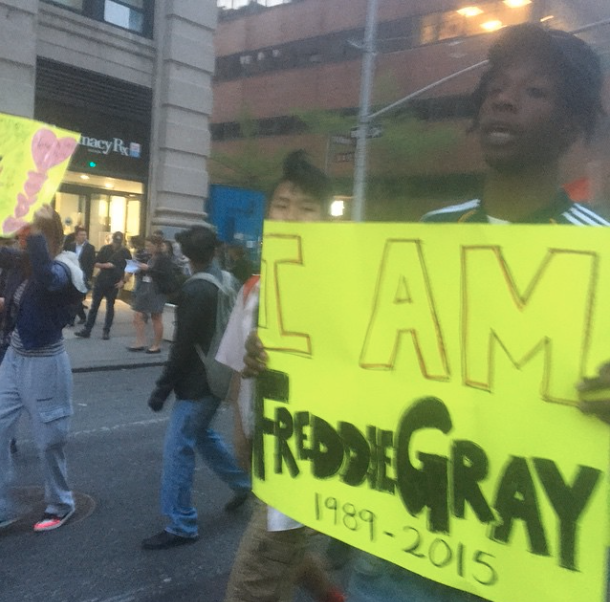 Emerging Brooklyn rapper Joey Bada$$, who frequently raps about social and political issues joined the protests in NYC last night, along with some of his Pro Era crew, at a Russell Simmons organized demonstration.

In quick Instagram clips below, you can watch Joey marching and later leading a chant directed at the NYPD.